How to Come up with 100 New Song Ideas 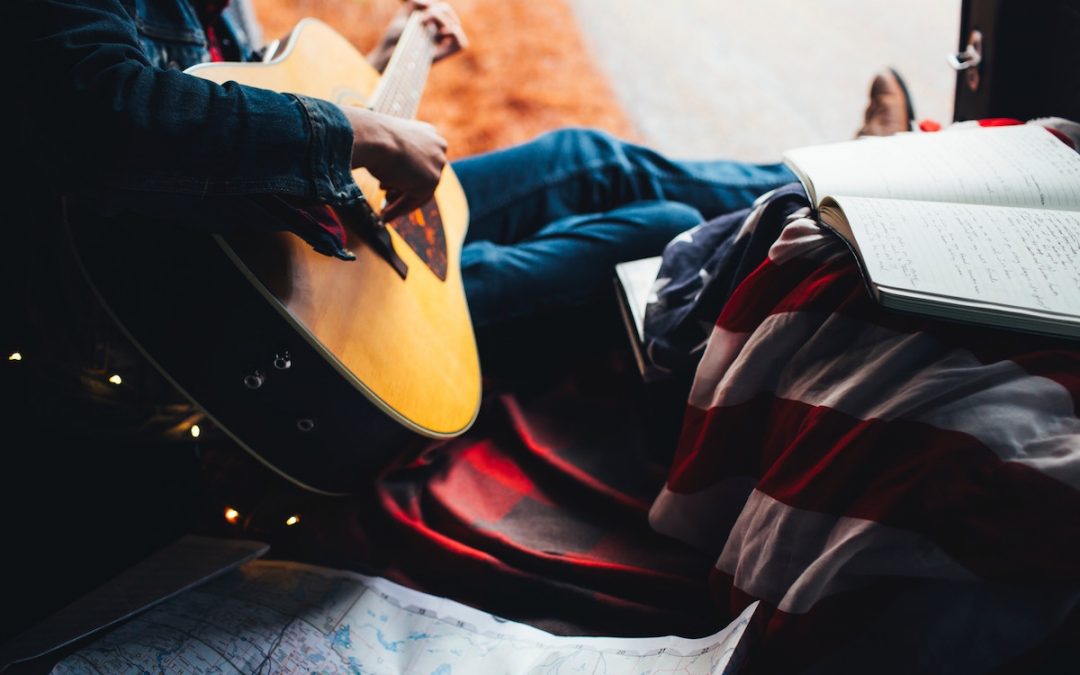 Here’s an important truth about coming up with new song ideas: you should write about what interests and inspires you, not what some internet listicle tells you to.

So if you were expecting a 100-item list, I’m sorry to deflate your dirigible. Instead, I’m going to show you how to come up with your own (much smarter) list of your own (much more interesting) song ideas. I call it the ‘Give it a twist’ technique.

So as you might know, songs tell stories. And the hallmark of a good song is that you can summarize its story, or central message, or central idea, in a single sentence.

It’s a song about a single mother who’s forced into sex work to support her kid while she dreams of a better life for him. (Rockabye)

It’s a song about a girl who’s lonely at night and wants to dance with somebody to fix that. (I Wanna Dance with Somebody)

It’s a song about a guy whose significant other left yesterday, and now he wants to rewind the clock because he was so much happier then. (Yesterday)

Get a downloadable list of 107 tried-and-tested song prompts – as well as tons of other resources – when you join The Song Foundry’s free community.

And how, you might ask, do you turn these old song ideas into new song ideas? The way you turn any old idea into a new idea: give it a twist.

Write a song about a recently single mother who’s scared to go into sex work but thinks she’ll have to to support her kid.

Write a song about a guy who’s lonely at night and wants to dance with somebody to fix that.

Write a song about a guy whose significant other left yesterday, but actually the relationship was kind of shitty and he’s already realizing he’s better off.

And how to come up with a hundred new song ideas? Just repeat this process another 97 times.

Pick out some of your favorite songs. Try and summarize what they’re about – in a single sentence if you can. Then… give it a twist.

In any case, you’ll find as you write that changing even one detail about a song idea forces you, more often than not, to write a wholly different song. Changing one detail somewhere forces you to change all kinds of other details elsewhere.

Whitney’s ‘I Wanna Dance With Somebody’ sounds like a female singer’s song. The words she uses and the song’s groove belong to the world of a female singer. You couldn’t just swap ‘man’ with ‘girl’ and ‘him’ with ‘her’ and call it a day. You’d have to think ‘What would a guy in that situation say?’ and ‘What would a guy in that situation sound like?’.

And the more you use it, the better and bigger twists you’ll come up with and the more original you’ll be. Eventually you’ll get so good at making new ideas out of old ideas we won’t be able to keep tabs on which old ideas you’ve been recycling – and eventually, neither will you.