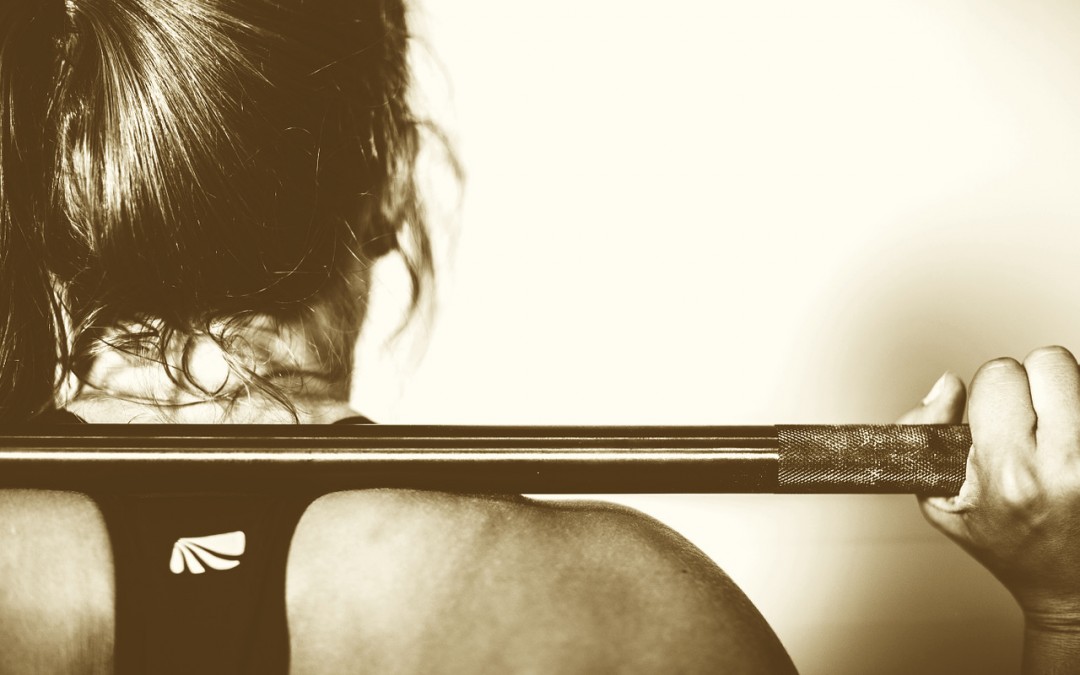 More than once in my life, I’ve been told I’m a sensitive person. And I don’t disagree with that assessment.

Though for a long time I did what I could to stop my sensitivity being a problem. I was conscious of it, and I downplayed it. I thought it was bad to let a negative trait like sensitivity affect other people negatively.

That was a really messed up thing to do.

It was also a really disrespectful thing to do. To myself as well as everyone around me.

I realized this when I realized that being sensitive wasn’t as bad a thing as lots of people would have me believe.

In fact, I realized it was one of my greatest assets as a writer. And not because I’m some prissy Millennial who thinks everyone should just love me as I am. No. Because being sensitive is a great trait for a writer to have. It’s what makes me great at connecting with other people.

I also realized that sensitive didn’t sound so bad when you expressed it using words that basically meant the same thing but had more positive connotations. Here’s a few for the road: perceptive, discerning, empathetic, emotionally aware.

Actually, it turned out most of the people who called me sensitive did it because they didn’t like the things I was sensing. Usually as a way to ignore some deeper issue, avoid some kind of conflict or just to save face. (I’m not necessarily talking about you, Donald Trump, but yes, you do do this too.)

So-called sensitive people don’t just make shit up at random to get attention and get on less sensitive people’s nerves. With the benefit of some 20-20 hindsight, I realized that every time I’d been called sensitive was an occasion where I’d noticed something no one else had, I just didn’t have the balls to stick to my guns and insist it was actually there. And here’s the trick: once I stopped worrying that being sensitive was a liability and found an ‘ah, $&%! it, I might as well harness this sensitivity for something good’ attitude, everything starting looking up. The floodgates opened. In the best way.

In other words: my sensitivity was a superpower. But it didn’t become one until I saw it as one.

That, of course, is not to say being sensitive doesn’t come without downsides. Even Superman had his Kryptonite. Lois Lane got him into trouble a couple of times too. Being sensitive does mean assholes who say rude things on the street do tend to get me down more than other people. It means I’m more affected by negative energy in other people, and I’ve learned to guard my associations more carefully. I’ve also had to learn not to act on my heightened sense of perception all the time. (Four hours before a deadline no one wants an in-depth conversation about how we might improve our working methods.)

Being quiet might be called being a good listener.

But what if your flaws aren’t flaws? What if they’re flaws and not-flaws at the same time? 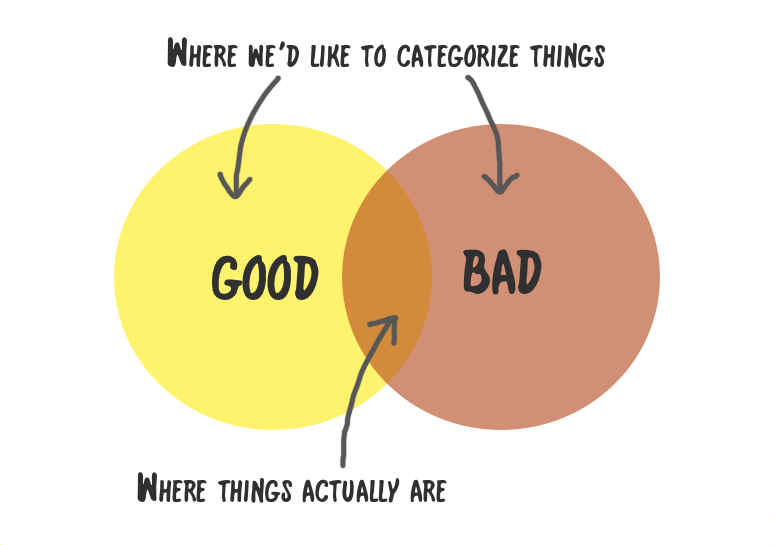 Part of self-acceptance is revealing the neither-good-nor-bad traits that are specific to you with an increasingly I-don’t-give-a-$&%! attitude, or what’s more spiritually known as authenticity. And the more authentically you act on your instincts, the more some people will start perceiving your behavior as increasingly odd or extreme. (Funnily enough, these are usually people who are afraid of acting with much authenticity themselves.) But in the process, you start realizing that that’s who you were all along. Deep down, that’s how you wanted to act. You just didn’t have the balls to do it.

This process inevitably comes with some growing pains. You’ll start to realize that you have much less in common with some people than you thought you did. Even people you’ve known for a long time. Some people will be put off by your apparently new and aberrant behavior. This may well cause you to wonder if you’re being a jerk for a while. But that will pass.

It’s about the basic truth that all human beings are not fundamentally compatible with or interested in all other human beings. Read that sentence again. If it’s news to you, it’ll change your life.

Now read it expressed a different way: not everyone is suitable for dating, befriending or working with everyone else. This is not a bad thing.

By being true to who you are, you force people into an increasingly decisive stance on how they relate to you. Simply put, it’s about forcing them into deciding some version of Yes – this person is interesting and intriguing to me – or No – this person and I are totally different and I’m not interested in them. And the more decisively you act out your own values, the more rapidly you’ll force people into making a strong decision.

And here’s the crux: if you want strong Yeses (which you do), you have to accept the inevitability of strong Nos. Such is life. There’s no way around this. You can spend your whole live forcing people into a decision of ‘Meh, OK’, but what kind of life is that? People don’t rush to iTunes to buy the newly released tracks of Meh, OK featuring Yeah, Whatever.

The more you are true to you, the better equipped those around you will be to make decisions about your compatibility as people. Again, we’re talking about every imaginable kind of relationship here, including the relationship artists have with the people who engage with their work. If you want to create a crowd who ardently admire your work and are deeply invested in you as an artist, this means showing your true colors. And when you do, the people who are compatible with those colors will come out of the woodwork and revere you for the person you are. 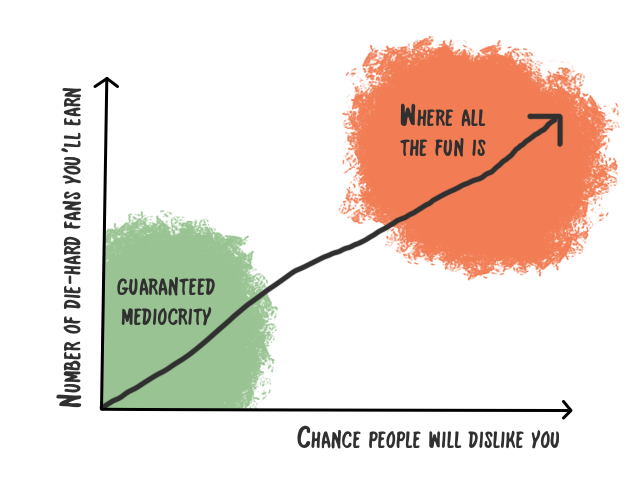 OK, the metaphors are doing my head in. Try it this way:

They’re just not making the kind of art that appeals to me and my values. And I’m cool with that. They’ve done their thing, they’ve done it very well, and they’ve appealed to people who do share their values. And good for them. That’s how it works. Me and my opinion doesn’t really matter to them – and nor should it.

And that’s what you should strive to do too: accept not everyone is going to like you for what you do, and – at least as far as art is concerned – people who don’t like what you do aren’t anything to worry about. Sure, it’d be different if people were upset because you’d written songs that were somehow racist or misogynist, but as far as art goes, there are no right or wrong creative decisions.

And as an artist, you can’t grow a following until you’re honest, genuine and merciless in being who you are and therefore honest, genuine and merciless in offering that following what you can, and only what you can. Nothing more. This can be a challenging and emotionally difficult process. It takes the best part of a lifetime to put it into practice.

So if, deep down, you’re a sensitive, stubborn, easily-led, loud, quiet, overthinking, underthinking and/or picky person, it’s your obligation to yourself and your potential audience to find that I-don’t-give-a-$&%! attitude and let it out. Once you do, you’ll be better equipped to harness the positive implications of every trait. And you’re likely to start attracting people who value these traits too.