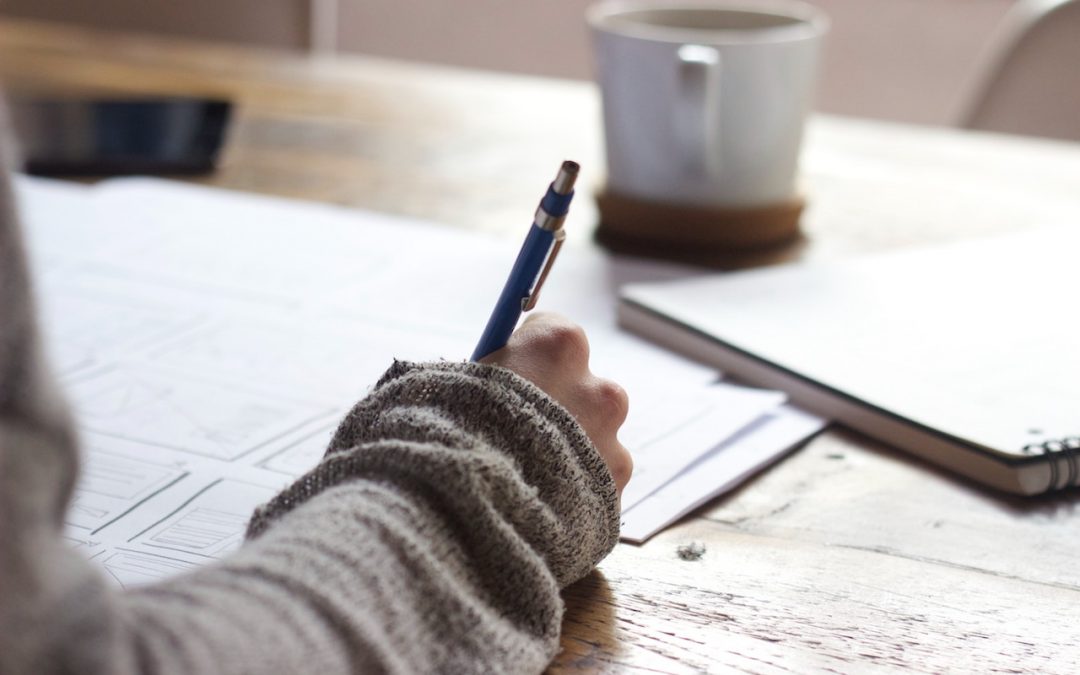 Life is full of interesting questions.

Why is the sky blue? Can Russian Twitter bots really swing an election? And where do broken hearts go, Whitney? Where?

But today, let’s try answering something more practical: What is prosody? And why should you spend the next ten minutes of your life reading about it?

Prosody is a big deal in songwriting. A really big deal.

It affects how well your song is understood. It affects how enjoyable your song is to listen to. And, believe it or not, it plays a pretty important role in helping people decide whether you’re a dope songwriter or just a dope, period.

And while the concept of prosody isn’t widely understood, it’s actually pretty simple. Simple enough, in fact, to tell you what it is in a single sentence:

Prosody in songwriting means making sure your words and melody fit well together.

This comes down to a really important principle of all art, not just songwriting: in general, in a work of art you want all the parts working together to achieve some larger goal.

So let’s talk about three ways you can do that.

Take any English sentence you can come up with, say:

My dentist has ten testicles.

Try saying it out loud. Especially if you’re in a public place.

Was I right? At least, you probably didn’t say it like this:

Trying saying that out loud. Especially if you’re a public place.

The big idea here is that, in English at least, words have stresses. Some syllables are said with more weight than others: HAP-py, po-ly-STY-rene, an-ti-DIS-es-TAB-lish-ment-AR-i-an-ism.

And in songwriting, this means you want the stresses in the lyric to match the downbeats – the stressed beats – in the melody.

And the downbeats, if you were wondering, are just the first beat in every measure. (And maybe a secondary downbeat half-way through the measure also if you’re in four or six.)

That means the chorus of your song about your many-testicled dentist is much better like this:

You might have noticed this sentence just happens to have a regular syllable pattern, or meter: four lots of unstressed-stressed. (If you were thinking ‘I don’t know Ed, but there’s something almost Shakespearean about that phrase’, then that’s probably why.)

In songwriting, regular stress patterns like this are rare – at least in anything written after the 1940s – but in any given word or phrase there will be a stress pattern, I promise.

Try it out sometime. Get a beat on loop or an instrumental track playing and pick a phrase or two – anything. Try saying the words in different rhythms over the top. You’ll start to get a feel for which rhythms definitely work, which sort of kind of work, and which definitely don’t work.

A weird chord progression might be a stroke of genius. A weird melodic shape might be an interesting surprise. But a weird em-PHA-sis on a weird syl-LAB-ble almost always makes you sound like you don’t know what you’re doing.

(Mike Myers is with me on this, by the way.)

As well as the stress patterns built into each of your lyric phrases, you’ll find most phrases in English come with a kind of rhythm.

He stumbled, fell, and quickly picked himself up again.

Tell me if I’m wrong, but I’m 90% confident that when you read that sentence you did three things:

1. Paused a little bit after ‘stumbled’

3. Then rushed pretty snappily through ‘quickly picked himself up’

OK. I cheated. I came up with a phrase that was about movement, so that probably influenced how you moved through it. I also threw three nearby ‘I’ vowels in ‘quickly picked himself’ which probably encouraged you to pick up momentum again.

But was I right? Did you do any of those three things?

At the very least, here are three things you almost certainly didn’t do:

1. Rushed through ‘He stumbled, fell,’ without any pauses at all

And if prosody is about making sure a song’s melody fits well with a song’s lyric, it’s your job to make sure the rhythm your melody uses is a reasonable facsimile of how you might say that phrase IRL.

Now don’t get me wrong. I’m not saying every phrase has one definitive spoken rhythm and it’s your solemn duty to follow it. I’m not saying you should go out, right now, and buy the Collins Dictionary of Every Phrase Ever and How to Say Them.

There is plenty of creative licence here. There are usually a handful of different ways you can say a phrase in real life, and when it comes to turning a phrase into a sung lyric there are lots of lots of ways you can do it.

But there are also lots of ways I strongly recommend you don’t do it.

Like, I recommend you don’t put rhythmic pauses in places you’d never put them when you speak:

And I recommend you don’t draw out an unimportant word like ‘the’ or ‘in’ on a long note:

But above all, I recommend you think about how the rhythm your lyric mimics real speech.

If you were wondering, no, I’m not going to tell you that every spoken sentence has an innate melody and you should mimic that in your song’s melody. (Though, for what it’s worth, people have tried.)

But I am going to say this: aside from the stresses that go on syllables, you’ll often find in speech you say some words with more emphasis than others.

You might not agree. In fact, my personal view is that it’s pretty amazing we can cross oceans in a matter of hours in flying metal boxes and in the grand scheme of things having to wait two hours for a delayed connection isn’t really worth worrying about.

Either way, try saying it like it’s what you believe.

You probably gave some words a bit more weight than the others. Possibly like this:

The equivalent of these emphases in songwriting is your vocal melody’s high notes. The higher you go, the more emphasized the word attached to that note is going to be – especially if you get to that note by a bit of a melodic leap.

That means, if you’re smart, you can think about how you can make your vocal melody and lyric work together to give a subtle emphasis to words worth emphasizing:

So Should I Write the Melody or the Lyric First?

So that’s prosody, in a nutshell:

2. Think about how the rhythm your words is a reasonable representation of real speech, or at least not a crazy distortion of it.

3. Think about how your vocal melody’s high notes emphasize some words in your lyric more than others.

And like I said way back at the beginning, it doesn’t matter if you write your melody first or your lyric first – or you write music and lyrics yourself or as part of a team. In fact, in practice, ending up with good prosody means plenty of give and take and making adjustments to the melody and lyric as you write them to make sure they work well together in the end.

Because really, that’s all that matters: that your words and melody fit together well in the end. However you get there.

Photo by Green Chameleon on Unsplash