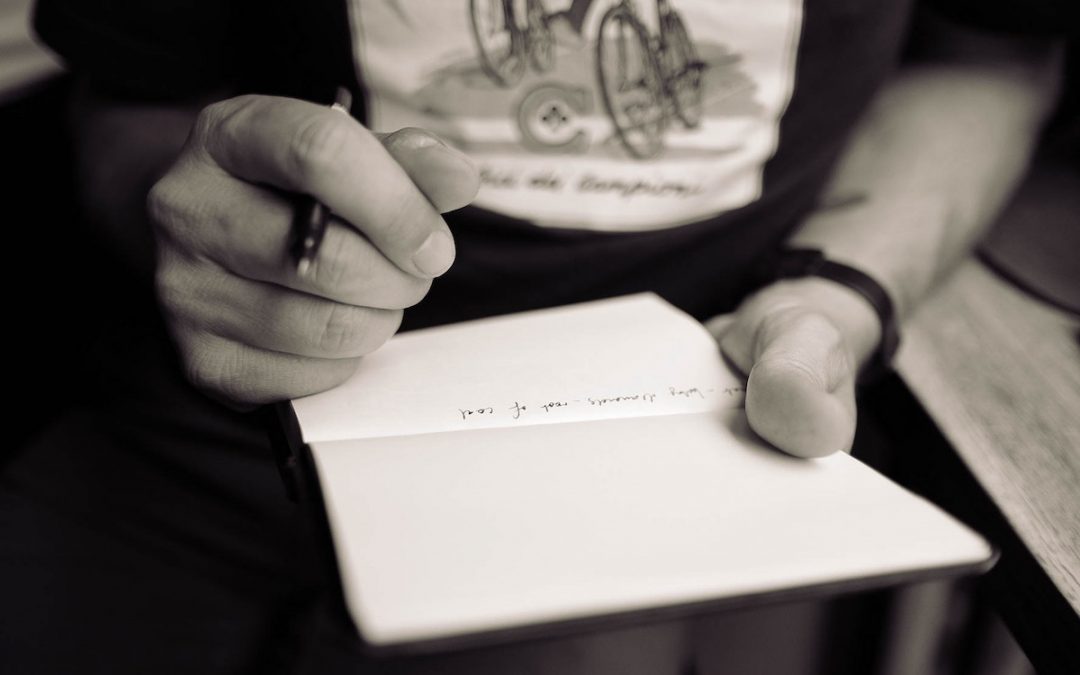 “So do you write the music or lyrics first?”

If I got a dollar for every time someone asked me this at a party I’d make more money each month than most songwriters get paid for Spotify streams.

And the honest answer is, it depends – and doesn’t really matter.

As for “it mostly doesn’t matter”: as good a question as it sounds, it doesn’t really matter what order you create any part of your song. A song can start with a title, a lyric idea, a groove, a chorus, anything. All that matters is that all of the parts of it work well together when the song is finished.

In the end, that’s all we, your audience, really care about.

In fact, in my experience, it’s really rare that when I work on a new song that the entire lyric comes first and then all of the music, or vice versa. It’s much more common that part of one gets written first, then part of another, then I/we realize that I/we want to change the music to fit the lyric better, or vice versa. And it’s just a case of repeating that process of writing and tweaking until the entire song is done.

I know that sounds frightening to a lot of people. I know lots of people want a specific process that is about how songs are made. But the truth is, 99% of the time, if you’re brave enough to get started on one part of the song, slowly but surely the rest of it will reveal itself to you.

But whatever you’re writing, and whatever genre you’re working in, songwriting is always, always a process of discovery – so you can start discovering all of the parts of your song in whatever feels like the path of least resistance for this song.

If in doubt – if you feel blocked or stuck – it’s usually worth taking a step back and figuring out what your song is about first. That will probably help lead you to a specific title or lyric idea or groove or feel for your song, and then you can keep building from there.

So when you start your next song, maybe worry less about whether the music or lyric should come first and start listening to which parts of the song are crying out to you to be written first. What feels like the easiest or most inspiring path? Then try creating that, and see where it leads. Rewrite anything that isn’t working then just keep going until your song is finished.

In my experience, songwriting is much more exciting and rewarding once you realize that every new song can be made in its own way. And once you learn to keep your mind open enough to treat writing each song as its own experience.

So while some people might spend time worrying about whether the music or lyrics should come first, I’d rather spend time concentrating on getting my next song finished, any way I can.