When Your Ambition Doesn’t Match Your Talent 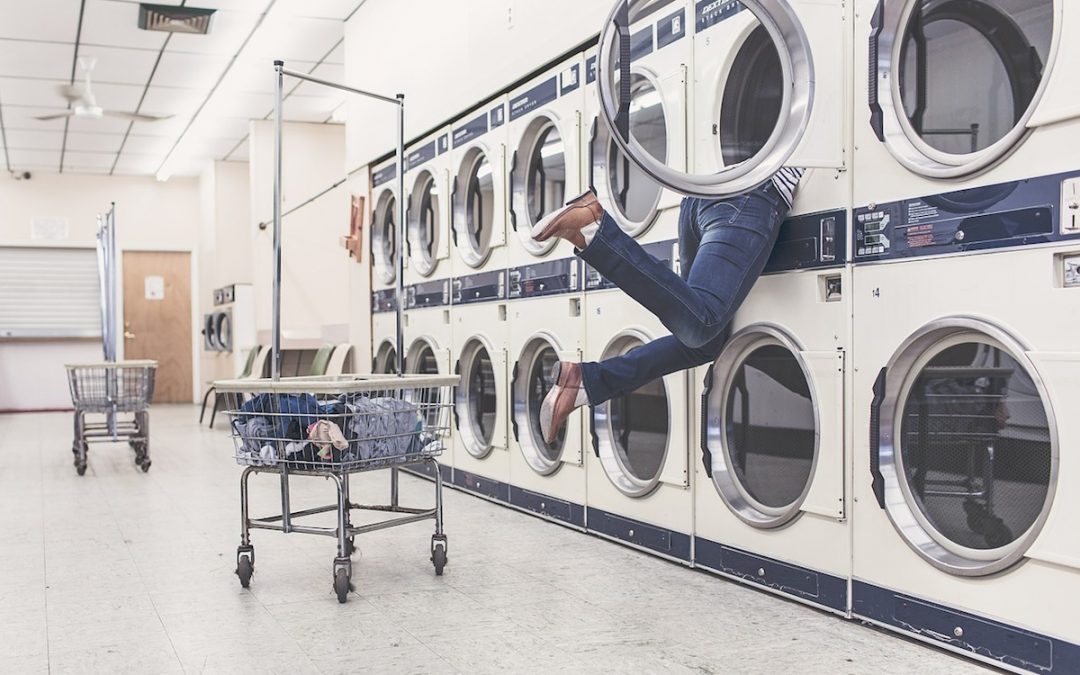 I’ll be honest, I don’t often read reviews. I’d rather form my own opinion of a work of art than figure it out second hand through somebody else.

But recently, one particular phrase in a couple of different reviews really stuck with me: “[The Artist]’s ambition doesn’t seem to be matched by their talent.”

Wow. I know. What a phrase.

But this past week, something really profound struck me too: that’s me also. My ambition is always three steps ahead of my quote-unquote talent. And in fact, if you want my take on this: artists’ ambitions are never supposed to be matched by their talent. 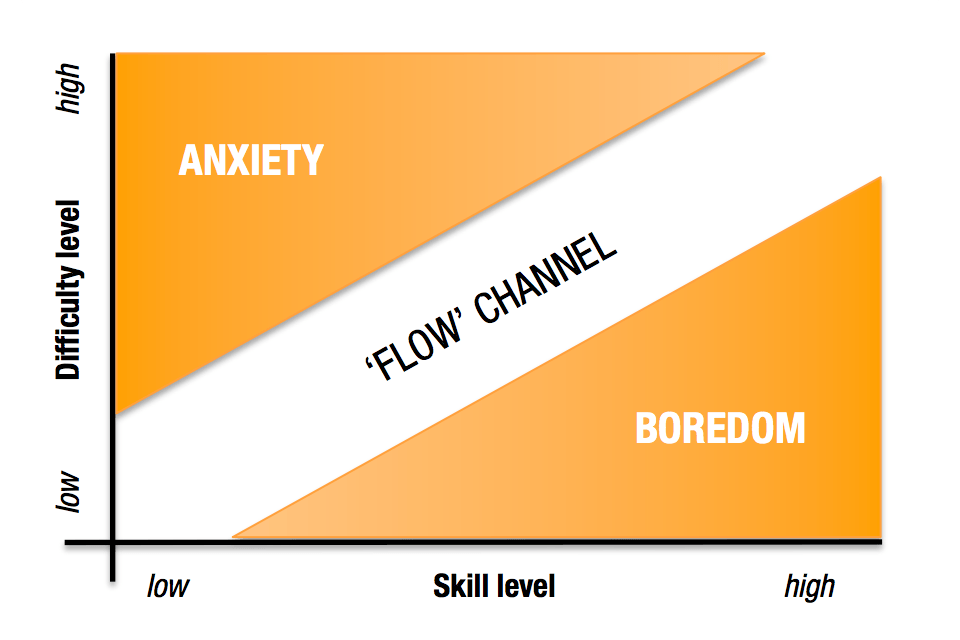 If you’ve ever done, well, anything, you’ll know what I’m talking about: to make progress in something it has to be hard enough to keep you challenge and engaged, but not so hard that you’re totally out of your depth and want to give up.

But what’s most fun about this concept is that your skill level is constantly changing. Which you’ll have experienced too – if you keep doing the same things over and over again, they don’t challenge you any more because you get better and better. Your skill level has increased, so without increasing the level of difficulty, you’re going to be bored.

Csikszentmihalyi – whose name I don’t know how to pronounce either – has a diagram for that too: 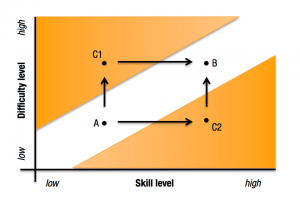 Here’s the gist: when it comes to improving your skill level, you don’t just go from A to B. You usually go there via one of two states: C1, where the difficulty level is too much, where you’re out of your depth, but you eventually improve and things feel more manageable, or C2, where your skill improves to the point where the challenge in front of you is too easy, so you compensate by making things more difficult.

At least, that’s the theory.

In practice, my experience of making new things is that getting better as an artist almost always happens by the C1 route.

In other words: you have an idea for a new thing, but because it’s a new thing you haven’t created before, you don’t know how to create it yet. So you go through a period of feeling way out of your depth while you try and figure out how it’s going to work – while your level of skill in this particular creative project increases – until everything starts to flow more easily. Then you finish a smarter and better songwriter than you started, and on your next project what was B becomes A and the process happens all over again.

Put differently, that means in order to improve as a songwriter, your ambition – the thing you can imagine, the thing you want to create – is always going to be some distance from where you and your talent are right now.

So the only way to get there – the only way to refine your talent – is to take a chance on an ambitious new project that’s going to push you out of your comfort zone once in a while.

To me, that’s the only way to improve: when your ambition is one or two steps ahead of your talent.

Of course, that comes with risk. Maybe you’ll never exit the anxiety stage. Maybe you’ll run out of time – or just give up – before you solve the things you need to solve to create the ambitious new project you imagined. So maybe some external person will conclude that your ambition is greater than your talent.

And maybe they’ll be right – but maybe you were right too.

Because maybe that’s the only way to stand a chance of creating something truly worthwhile.

And maybe that’s the only way to grow.