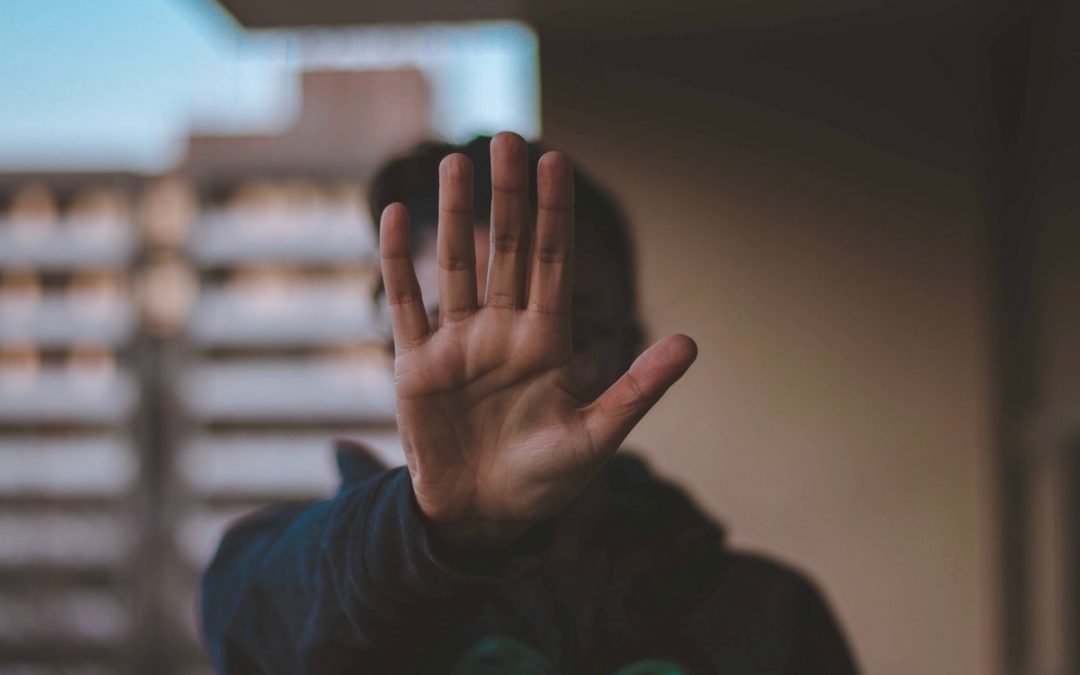 I’ve written about writer’s block before – why it doesn’t really exist, how to change your mind about it, and how to deal with the tencertainty of feeling unsure or stuck while you write.

But in this article, taken from a bonus chapter from my new book The 30-Day Speed Songwriting Challenge: Banish Writer’s Block for Good in Only 30 Days, we’re going to talk about five surefire ways to beat writer’s block, even when the writer’s block is strong and you’re not sure you can overcome it. (Pro tip: you can.)

But anyway, here are the five surefire techniques to help you bust writer’s block next time you need them.

from The 30-Day Speed Songwriting Challenge

The not-so-great news is that everyone feels creatively stuck or blocked sometimes, no matter how experienced they are. The most exciting thing about creativity is that it’s wild and unpredictable – because that’s how exciting new things are made – but that can be the most frustrating thing about it too.

But the good news is that there are plenty of specific, practical things you can do to fight writer’s block. And the great news is that experiencing writer’s block nearly always says more about your attitude towards being creative than your actual ability to create. So if you change your mind and change your attitude, you might just unlock a ton of creativity you didn’t know you had inside.

Let’s talk about five ways to do that – both within the fifteen challenges in this book and in everything else you create.

I know. I get it. You want everything you write to be the best thing ever. You want every note and every word to touch hearts, change lives and wow literally everyone who hears them. You wish you had a creative Midas touch that could turn every song you ever touched into gold – no exceptions.

Because, honestly, most songwriters – myself included – feel like that sometimes. And that’s not necessarily bad or wrong.

We want all those things because we have standards, we have values, we have taste – and that’s a good thing. No, a great thing.

But the trouble is, creativity doesn’t work like that.

99% of the time, creative ideas don’t come out perfect the first time. They come out messy and wild and disorganized, and it’s your job as an artist to organize, edit and polish those ideas until they come as close to perfect as you can get them.

More often than not, you have to write the bad, half-assed version before you can write the good, fully-assed version. The only way to find out which things do work is to try tons of things that don’t. It’s a gauntlet you have to pass through on each new creative project: try, fail, fail better, fail better until you succeed.

And that means if you’re such a perfectionist you can’t tolerate even one OK or average idea, you’re not going to get very far as an artist. Sure, blank pages might look pretty, but they’re nowhere near as fun as pages (or screens) with stuff on them. And pretty or not, you can’t fix a blank page – though you can fix a page with average ideas on it. 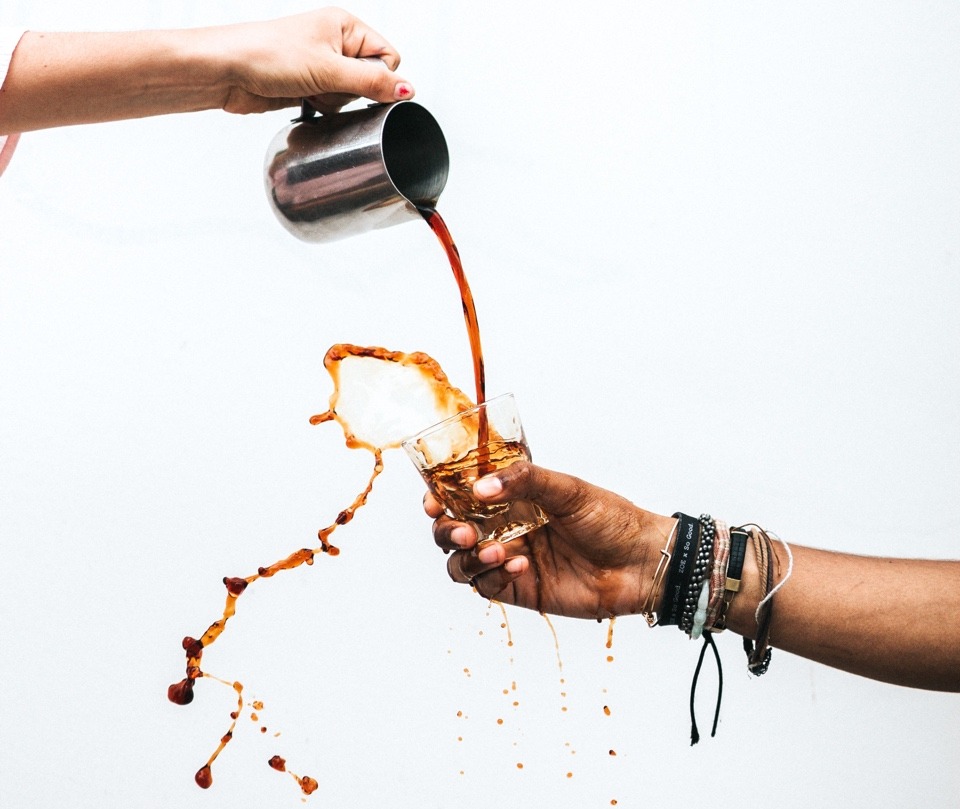 So as weird and counterintuitive as it might sound, that means having too high standards early on in the creative process won’t do you any favors. In fact, it’s probably going to make things harder.

So next time you’re feeling stuck or blocked, there’s a simple way out of it: lower your standards, just for now. No one is ever truly blocked, everyone always has some kind of ideas – only, if you’re in the habit of saying ‘no, not good enough’ to every idea you have, you’ll end up feeling blocked pretty quickly.

If you can’t seem to get any ideas down that you like, then don’t. Get an idea down that you don’t like. Then try to turn it into an idea you do like. Or try some other idea. And repeat.

There is a time and a place for high standards. That’s later in the process. That’s the stage when you’ve put plenty of ideas on the table and earned the privilege of picking out the most exciting ones and trying to polish them up into something really great.

But until you get there, the best thing you can do is keep your standards low and your mind open. You might miss a gem of an unpolished idea if you don’t. Soon enough it’ll be time to think about how to cut those gems so they really shine – but for now you’ve got to trust the process, compadre, and just get those ideas down.

There’s a simple principle in art and in life which I guess you could call ‘The Law of Getting Shit Done’. It goes like this:

Every failure to act – no matter how small – creates fear.

One great way to put this into practice – especially if you’re feeling really stuck – is to promise yourself you’ll just write for 20 minutes without giving up, no matter what.

The first ten minutes might feel like agony, but – as you know – lower your standards and get some ideas down anyway.

So you’ll play around with it. You’ll try to perfect or polish it. And then you’ll keep playing around with it, or play around with one of the ideas it leads to. Then soon enough you’re 20 minutes in, having completely forgotten about all that resistance you were feeling less than half an hour ago.

Another great technique when you’re working on a project over a few days or a month is to intentionally leave yourself something simple and small to do first when you come back to write – something you know isn’t going to give you a headache when you pick things up again. That way, it’ll be much easier to slide back into writing and hit the ground running.

But whatever you do, remember the principle: it’s better to take one tiny step than to stay exactly where you are. That’s how you build your creative confidence and how you get moving on any creative project.

Make some bold, decisive choices – no matter how simple or how small – and see where they take you. If you don’t like the way those choices turn out, just go back and try some different ones.

Then, in a nutshell, just keep doing that until your song is done, and voilà – where there once was writer’s block, there’s now a song instead. All because you started somewhere – even somewhere super simple, or super small. 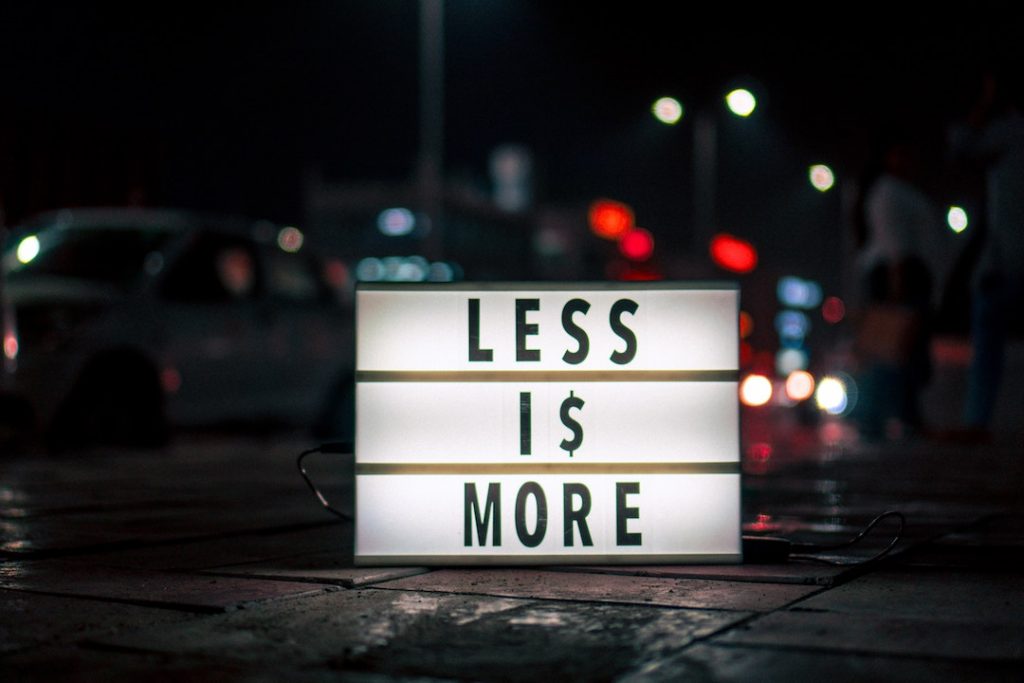 3. Let Your Curiosity Lead the Way

We’ve already talked about how having too high standards early on in the creative process won’t do you any favors. But another important way to give each project the time and space it needs to develop is to make sure you don’t have too narrow expectations about where it could or should go.

That might sound like heresy – you create something because you have a vision of what you want it to be. But sometimes, you try creating what you think you want something to be, but something else – maybe something equally as good, or even better – comes out instead. And it’s important to be open to that possibility.

That’s why a lot of creative people talk about trusting the process and trying to enjoy the ride, not focusing on the destination. Because the less you worry about arriving at some predetermined destination and the more you focus on doing what you can do right here, right now to move one step closer to somewhere exciting, the more fun you’ll have and the more exciting things you’ll create.

Or, to put it more simply, the best way to create is to let your curiosity – and not your expectations – lead the way.

When you were a kid, you didn’t care exactly how your sandcastle was going to turn out or whether this afternoon’s finger painting would be your masterpiece. You just got out your bucket and spade or stuck your hands in the paint tray and started making stuff. The more you can reconnect with that childlike curiosity and just see where each new creative project takes you – yes, that way round – the happier and more creative you’ll be.

4. Find a Creative Ritual or Process You can Rely On

Sometimes the best thing you can do before you start is to tidy your workspace or wash the dishes or water your pet cacti, whatever you’re into. Doing something repetitive and even mindless like that is a great way of clearing your mind of all the other crazy ish it’s mulling over right now, and preparing yourself – in a world of pop-up ads, viral memes and smartphone notifications all fighting for your attention – to focus on what’s in front of you. (Or on what you’re about to create in front of you.)

Creativity thrives on the unexpected – but you don’t have to. If you want to write in a different space every day, then do. But if settling into your workspace, drinking a particular flavor of coffee, or taking a walk round your neighborhood is part of what you do to tell your brain it’s time to sit down and create, then great. Go for it.

And sure, maybe that sounds boring. Maybe it’s not the crazy rockstar vision of being a songwriter you imagined. But it’s the real-life reality of what you sometimes have to do to get new work done.

Again, find the path of least resistance – for you and this project – in whatever you do, and don’t be embarrassed about falling back on a regular habit or process if it makes creating new things easier for you. 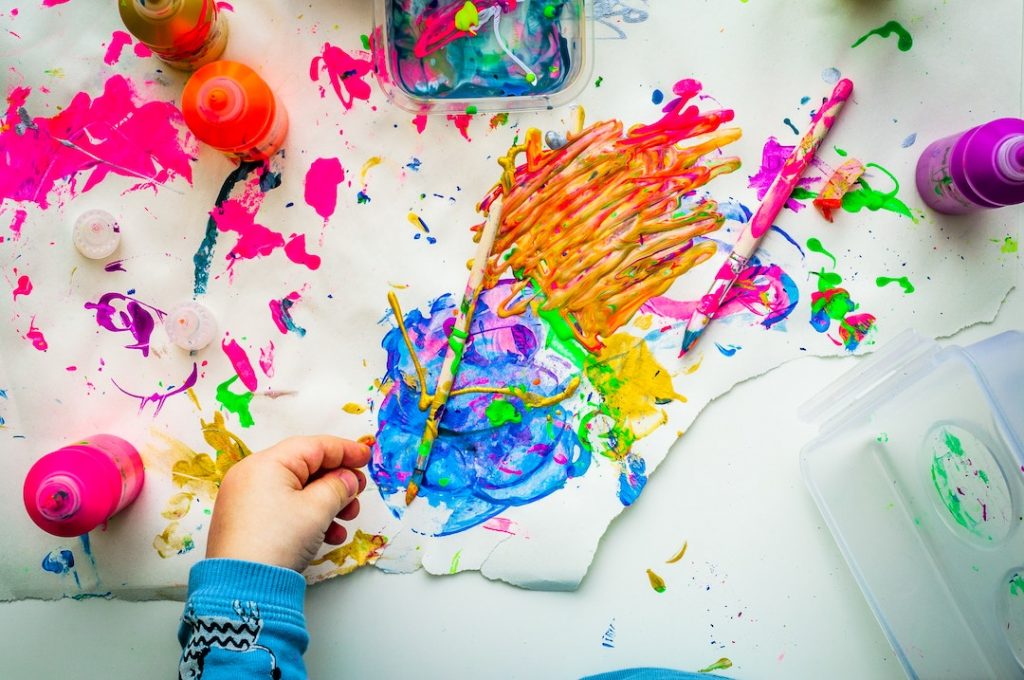 Get messy. Get tidy. Do whatever you need to to get creating.

Like, why should this project exist? Why do you care about creating it? Why does the world need to see or hear it?

Whatever your ‘why?’ is, try to keep it in mind while you write. Better yet, put it on a piece of paper and stick it somewhere above your workspace so you can’t forget it.

That usually causes two powerful and exciting things to happen.

One: it’ll remind you why you’re writing, what you’re ultimately trying to do, and why – even when things get difficult – it’ll all be worth the effort. 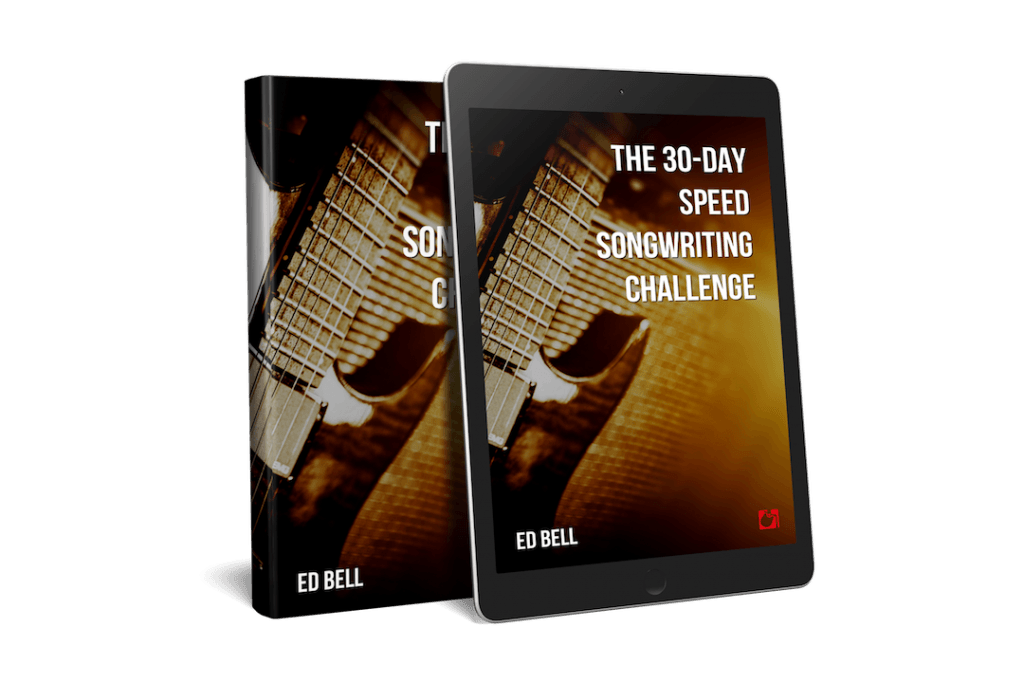 Find out more about The 30-Day Speed Songwriting Challenge on the 30-Day Challenges page.

For more resources on creativity and all areas of songwriting, I also keep a comprehensive reading list on The Song Foundry Bookshelf.

But if you’re looking for more on busting writer’s block and getting writing, two great places to start are Steven Pressfield’s classic The War of Art and Austin Kleon’s Steal Like an Artist. There’s also plenty more practical advice about how to overcome writer’s block and become more creative in my book The Art of Songwriting. 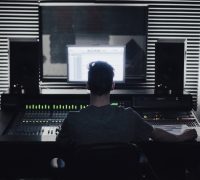 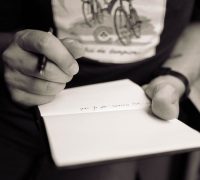 THE ART OF SONGWRITING

No rules. No formulas. Just all the tools you need to supercharge your songwriting and set your creative skills free.